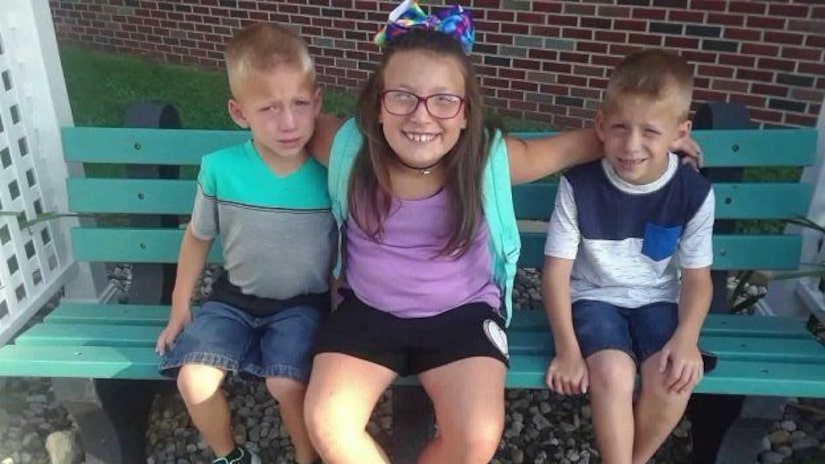 FULTON COUNTY, Ind. -- (WXIN) -- Police say the driver who struck and killed three siblings at a Rochester bus stop Tuesday morning has been arrested and charged with three felonies.

A warrant was initially issued for her arrest, but Indiana State Police say Shepherd was arrested at her place of work, a church in Rochester, just after 4 p.m.

The crash happened at around 7:15 a.m. in front of a mobile home park in the 4600 block of N. State Road 25. Indiana State Police say the bus driver put the “STOP” arm down and the four children were boarding the bus when a 2017 Toyota Tacoma going southbound hit them.

Three children died at the scene. They have been identified as twin 6-year-old boys, Xzavier and Mason Ingle, and their 9-year-old sister, Alivia Stahl.

An 11-year-old boy not related to the siblings, later identified as Maverik Lowe, was airlifted in critical condition to a hospital in Fort Wayne. ISP says Lowe is in surgery for internal injuries and multiple broken bones.

The National Transportation Safety Board said they are sending a team to investigate the crash. ISP also has a reconstruction team trying to piece together what happened.

"The school's been warned. This is an issue. We have said this before, they've made complaints not just them, other parents. It's not safe to walk a child across a highway, especially at that time," the children's uncle, Elgin Ingle, said.

Shepherd was released from jail on a $15,000 bond Tuesday night.

Police are reminding drivers to pay attention on the road and anticipate a school bus may have to stop to let kids on or off.

A GoFundMe has been set up for Xzavier, Mason and Alivia's family and Maverik and his family.