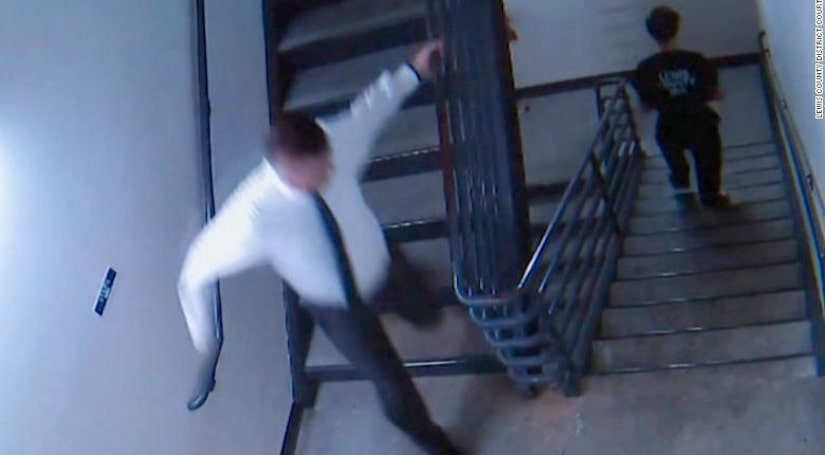 CHEHALIS, Wash. -- (WITI/AP) -- A judge removed his robe and gave chase after two handcuffed prisoners made a run for it from his Washington state courtroom.

Video obtained by The Daily Chronicle shows Judge R.W. Buzzard leap into action Oct. 16 when the men identified as 22-year-old Tanner Jacobson and 28-year-old Kodey Howard bolt for the door and down a stairwell.

Jacobson was in the lead while bounding down four flights of stairs, but the judge closed in on Howard and grabbed him just as he was about to exit the courthouse.

Authorities say they apprehended Jacobson a few blocks away from the Lewis County Courthouse in Chehalis, about 85 miles southwest of Seattle.

Both prisoners have been charged with second-degree escape.

Initial surveillance video shows four prisoners being escorted from court by one deputy, who is out of the frame for most of the footage.

Howard and Jacobson are last in line, and rather than walk through an exit to the right of the judge's seat, they pivot and run for the public door at the back of the courtroom.

Cameras in the stairwell show that Jacobson sometimes took several steps at a time.

Buzzard is seen grabbing Howard and going out of frame just as the prisoner is about to go through an open emergency exit door on the ground floor. 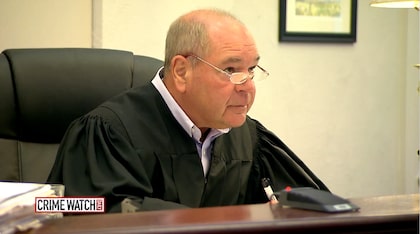 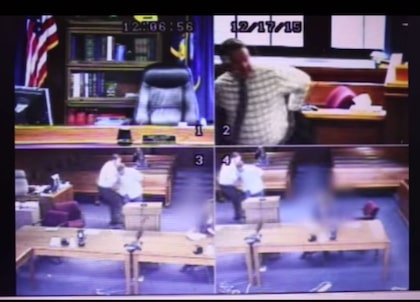