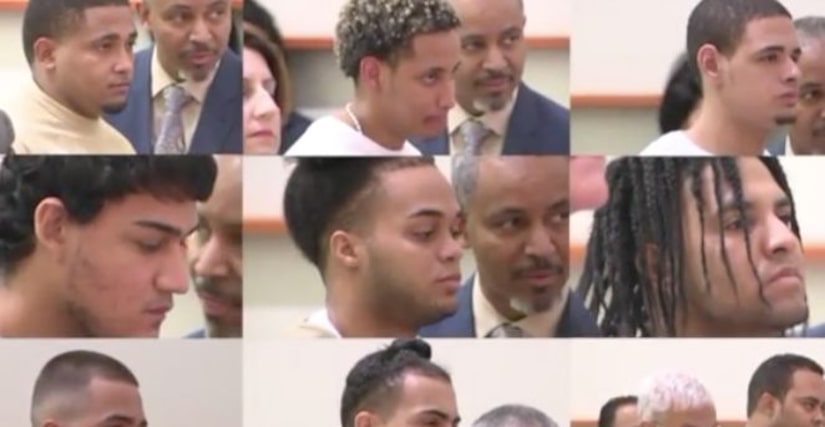 THE BRONX, N.Y. -- (WPIX) -- The mother of slain teen, Lesandro "Junior" Guzman-Feliz, yelled at one of her son's accused killers as 10 of the 14 suspects appeared in court Thursday.

The 15-year-old was killed by alleged gang members in an apparent case of mistaken identity on June 20.

All of the men were required to have their trial statuses reviewed by a judge, and were told to expect to do an inner cheek swab in the next week in order to provide DNA for the case.

On hand for the all-day hearing were Junior's mother, Leandra Feliz, and father, Lisandro Guzman, and joining them were dozens of supporters -- so many that there was not nearly enough room to accommodate them in the largest courtroom here at criminal court.