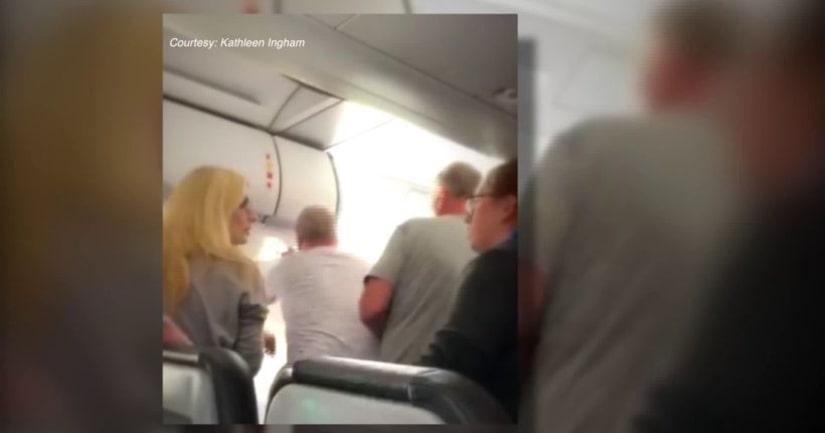 ST. LOUIS -- (KTVI) -- We're learning about a disturbance aboard a Frontier Airlines flight from Cancun to St. Louis that resulted in the flight's cancellation and a passenger being escorted from the plane.

According to authorities, a man tried to get off Frontier Flight 87 as the plane was taxiing to the runway.

A passenger on the flight, Kathleen Ingham, said it was a very frightening and disturbing situation watching the man struggle with crew members and passengers. Ingraham recorded some of the incident on her cellphone.

A Frontier Airlines spokesperson said the flight was getting ready for takeoff when a passenger claimed he was feeling ill and became agitated. The decision was made to return the plane to the gate.

The airline said the man became physically violent with a flight attendant and opened a cabin door, which automatically deployed the emergency slide. The man attempted to exit the plane as crew members and passengers restrained him until Mexican police arrived.

The passenger's mother said her son was on vacation with his father and was attacked the night before inside a Cancun hotel and hit on the head. She also believes her son's drink may have been spiked.

The man's name has not been released. His family said he remains hospitalized in Mexico.

Frontier Airlines removed the aircraft from service and rebooked passengers on other flights and provided them with hotel accommodations.