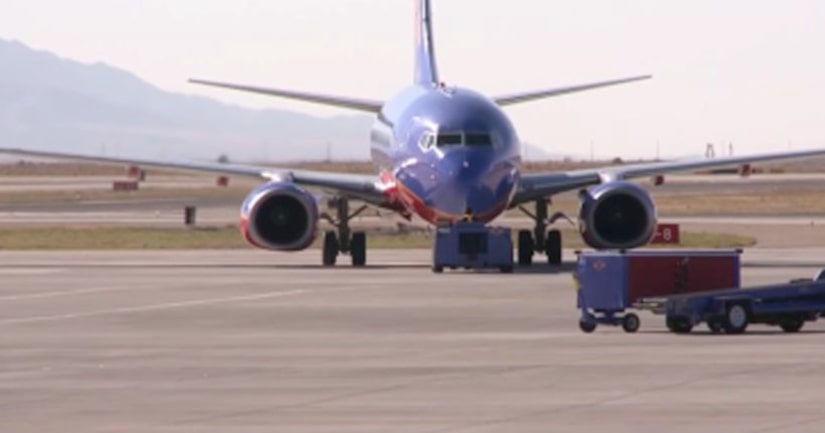 ALBUQUERQUE, N.M. -- (KIAH) -- A Florida man accused of groping a woman's breast on a Southwest Airlines flight defended his alleged behavior Sunday, noting “the president of the United States says it's OK to grab women by their private parts.”

Bruce Alexander of Tampa was nonetheless arrested and charged with abusive sexual contact when his plane reached Albuquerque from Houston. A criminal complaint describes how the woman seated in front of Alexander initially felt a hand touch her right breast but thought it might've been an accident, per KHOU and the Albuquerque Journal.

She later felt a hand move from the back of her arm to her ribs and again to her breast, this time “attentively,” and “told the passenger behind her that she didn't know why he thought it was OK and he needed to stop,” per the complaint.

The woman was moved to another seat for the remainder of the flight, which was greeted by law enforcement in Albuquerque due to “reports of a customer's alleged inappropriate behavior onboard.”

Federal agents say 49-year-old Alexander denied touching the woman despite his reference to the 2005 Access Hollywood tape on which President Trump is heard bragging about grabbing women by their genitals. He also said he slept for most of the flight and wasn't drinking or taking sleep medication.

However, his hands matched those the victim described as being thick-fingered and hairy, with dirty finger nails, per the complaint. Alexander, who reportedly asked about a possible sentence, faces up to two years in prison if convicted.