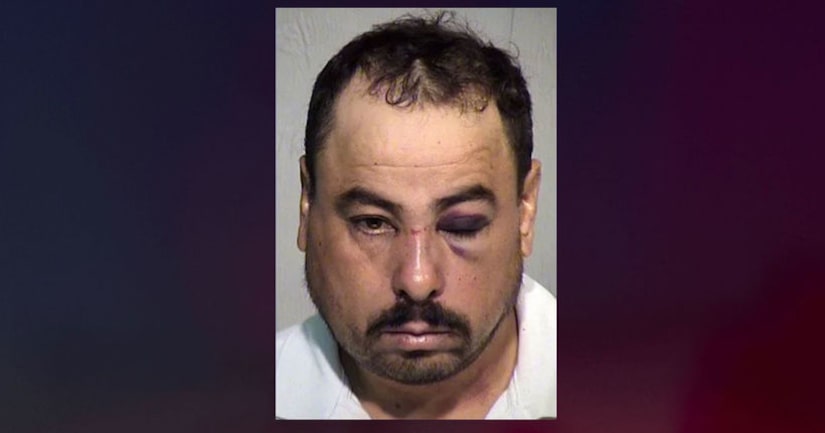 PHOENIX, Ariz. -- (WXIN) -- A Phoenix homeowner leaped into action when his wife started screaming from inside their home Tuesday.

Felipe Reyes was working in his garage when his surveillance cameras caught Leobardo Salas sneaking into his house, according to KPHO. Reyes' wife was in the home giving their 2-year-old son a bath.

“I open the door and I was surprised to see a man in here with my wife and my son,” Reyes said.

According to court documents, Salas touched the woman underneath her shirt and was trying to unbuckle her pants.

“When I come in and I see my wife fighting with this man, trying to get free from him and my son was in the bathtub,” Reyes said. “To see my son crying like that — I just wanted to go and get this guy out of here.”

Reyes grabbed Salas, threw him on the ground and started punching him. He eventually used his belt to bind Salas' hands together until police arrived.

Court documents show that the Phoenix Police Department had an encounter with Salas earlier in the day. Police say Salas was at a church on 71st Avenue wanting to repent for watching pornography. Church leaders called police when he began acting erratically.

FULL STORY: Husband punches out wife's attacker, ties him up with belt - WXIN