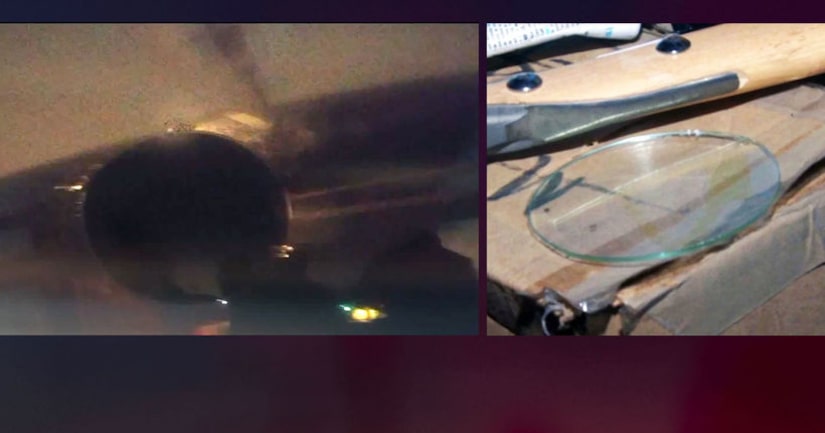 IMPERIAL BEACH, Calif. -- (KSWB) -- An Imperial Beach family is warning neighbors after a chilling discovery was made in their toddler's nursery.

Recently, at their home off Emory Street, a nearly perfect circle was cut from the little boy's window.

“This isn't something really random. This is something calculated,” Vanya, the homeowner, said. “There's something especially chilling about this, I think."

Vanya said he and his wife were on their way back home from the movies when they got a call of panic from their daughter.

"Our daughter, who had felt a draft in the house and she went around and found a perfectly cut hole in our son's nursery,” Vanya said.

Vanya said when he got home he found the window lock was broken.

“While I was reporting this hole to the authorities is when my spouse remembered that in the middle of the week she had heard glass being popped out and our son had been asleep upstairs and when she went up to check — thinking he woke up and broke something — she didn't see anything and so she assumed it was commotion from the neighbors,” Vanya said.

Vanya told FOX 5 he believes someone used a ladder to climb up to the window on the second floor and then used a glass cutter to create the hole. He said besides the the cut-out glass, he found roof tiles were broken.

As deputies investigate, the family is beefing up security and warning their neighbors.