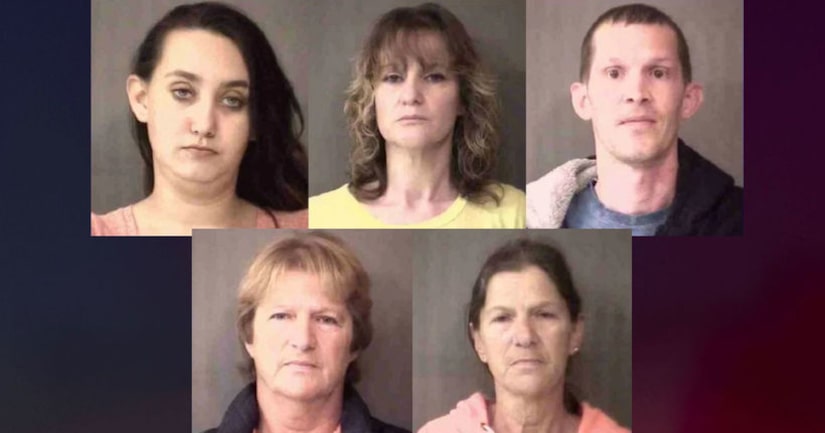 NAPPANEE, Ind. -- (WXIN) -- A fifth person was arrested in connection with a child abuse case so severe that doctors said the boy would have died within 48 hours if he hadn't received treatment.

According to the Times Union, the investigation began on March 2 around 9 p.m. when Nappanee police responded to a report of a child in need.

They found a severely malnourished and underweight boy with signs of severe abuse all over his body.

He was taken to Parkview Hospital where doctors said he would have died within 48 hours without treatment.

According to court docs obtained by the Times Union, the boy was missing pieces of his scalp ranging from 1 to 2 inches, the septum on his nose was deeply cut, his fingernails had been dug into, his cheek and nose were scabbed over, his arms and arm sockets were broken, his teeth were broken, he was malnourished and extremely underweight.

Police spoke with the boy's mother, Rune Springer, and his stepfather, Travis Tillotson. They said they didn't cause the injuries – their son had been living with a woman named Jammy Stacy for the past six months.

Stacy took the boy in October 2017, and she was his sole caregiver until she returned him one day prior. Stacy said occasionally the boy would stay with her aunt, Fayette Robinette, and her mother, Annette Priestly.

She gave officers consent to search her phone, and they found photos of the boy showing injuries. The time stamps on the pics also show that Priestly and Robinette would have been in contact with the boy during the time he was being abused.

Stacy, Robinette, Springer, and Tillotson were arrested and charged this past spring.

Priestly was arrested yesterday in connection with the case.

It is unclear how old the child was.