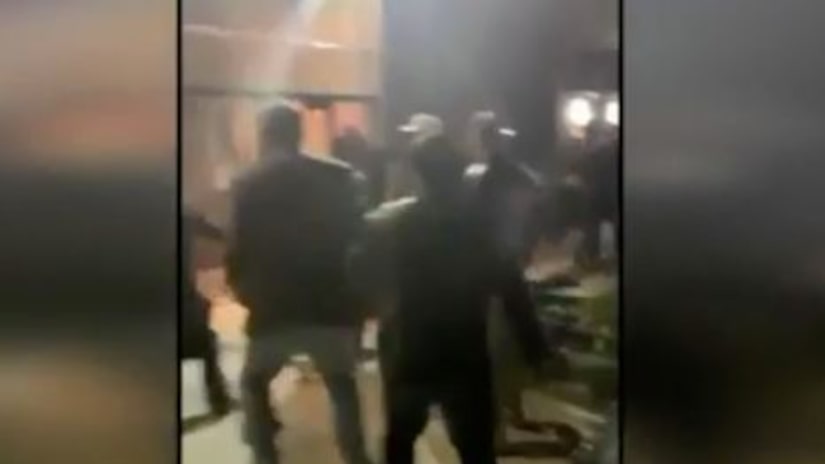 NEW YORK CITY -- (WPIX) -- The NYPD released photos of 12 men on Monday who are wanted for questioning in relation to a violent clash outside of the Metropolitan Republican Club on the Upper East Side.

The altercation came after alt-right figure Gavin McInnes had spoken at the club Friday evening, and involved members of a self-described male chauvinist group called Proud Boys, as well as a masked antifascist, or antifa, protest group that condones the rejection of nonviolence in promoting its message.

The fact that it's taken three days for the department to publicly call for all of the men to be taken into custody has a variety of elected officials and community leaders calling for a review of how the NYPD handled the situation.

Officers did arrest three people immediately following the Friday night incident, but none of them was a Proud Boy member.