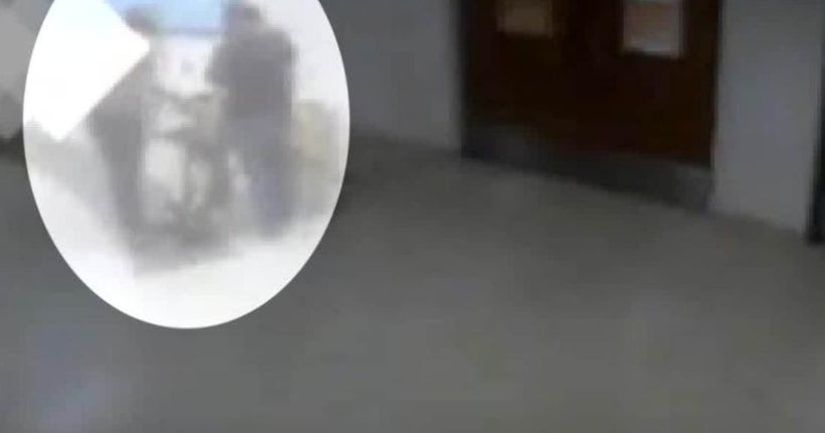 LEXINGTON, Ky. -- (WITI) -- Jo Grayson said she was alarmed when her son, Thatcher, came home from his middle school covered in cuts and bruises. Earlier in the day, Thatcher's teacher texted Grayson to alert her to an incident involving him, but it did nothing to prepare Grayson for what she saw hours later when Thatcher came home and she discovered the marks on his body.

After she obtained surveillance video that explained the marks, she became appalled. The footage shows Thatcher, who is autistic and mostly nonverbal, being dragged down a school hallway by his teacher and the school nurse.

“I just don't understand how someone can do this to a child, let alone to a person with disabilities,” Grayson told CNN. “I want the school district to take action and not just install cameras in every room of each school, but also train their staff accordingly so they know how to handle children with disabilities, or rough situations with children like Thatcher.”

Thatcher is a sixth-grader at Tates Creek Middle School in Lexington, Kentucky. Because of his condition, he's not able to tell his parents when something is wrong. But the photos Grayson posted to her Facebook account speak volumes.

Grayson initially didn't make much out of the incident when she received the teacher's text in mid-September.

“The nurse and I had to physically help him get up off the gym floor,” the text read. “He wouldn't move and other kids were trying to play. I apologize if he has marks on him.”

Grayson says she thought the behavior sounded a little strange for Thatcher, but replied by thanking the teacher for informing her of the incident.

The situation changed that evening.

“We were getting ready for bed, and when I pulled his shirt off, I saw cuts and bruises on his body. That didn't look like marks of someone helping him get up,” Grayson said.

Concerned at this point, Grayson rushed to the school the following class day to get clear answers on what exactly had happened. She was able to request surveillance video of the incident through an open request filed by her lawyer.

“I saw both his teacher and the school nurse just pulling and dragging my son, along with his service dog, all throughout the hallway,” Grayson said.

Grayson confirmed with CNN that she in fact filed a report with the county district attorney. However, at this time, the report is under the review of the DA and no warrants have been issued.

According to Fayette County Public Schools, the teacher involved in the incident is no longer employed at the school as of Oct. 2.

As for the nurse, the Lexington-Fayette County Health Department said she has been placed on paid administrative leave “pending investigation.”

Thatcher returned to school once his mother learned the teacher is no longer employed there, and she said she hopes the incident encourages other parents to speak up for their children.