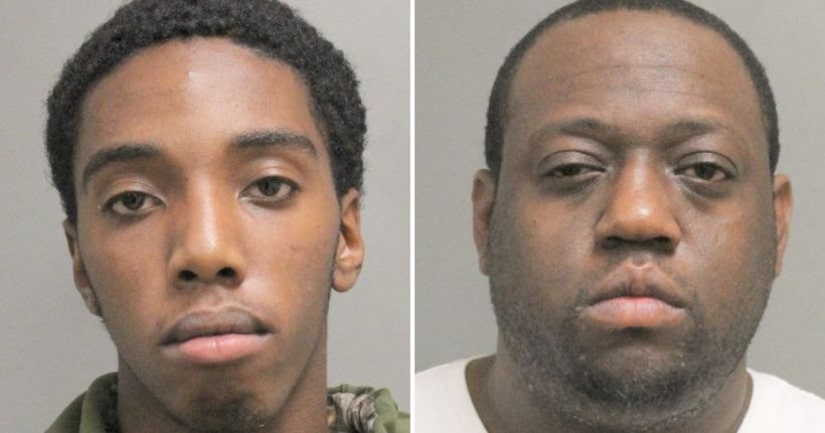 NASSAU COUNTY, N.Y. -- (WPIX) -- Two men were expected to appear in court Monday after being arrested over the weekend for allegedly dropping eight children off in the cold to sell candy to strangers.

The arrests came after officers said they spotted a 11-year-old girl selling candy and cookies in front of a Starbucks on South Oyster Bay Road Sunday around 5 p.m. Sunday.

The girl was not properly dressed for the cold weather, according to police. Temperatures were in the 40s and 50s.

It is not clear if the men had any relation to the children, or what they intended to use the money raised for.

The child told police two men in a van dropped her off, along with other children, so they could sell candy, police said.

Eight children in all were located in the area, and all believed they were raising money for the New York Youth Club, according to police.

Several of the kids said they were cold and could not get ahold of the men who dropped them off, police said.

Officers said they later located the van, and the two men were arrested.

Kavon Thompson, 19, of Rosedale, faces charges of unlawful possession of marijuana and eight counts of endangering the welfare of a child.

Jamainne Hall, 24, of West Hempstead, also faces eight counts of endangering the welfare of a child.

The children were released to their family members after the incident, according to police.