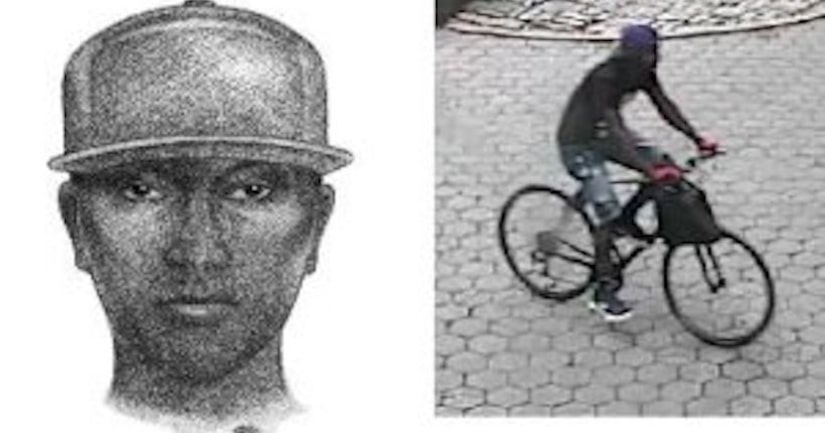 NEW YORK CITY -- (WPIX) -- Police released the sketch of the individual accused of attacking a man in Central Park.

On Sept. 22, a 53-year-old man was walking with a female acquaintance inside Central Park near East 106th Street when they were approached from behind, police said.

An unidentified man struck the victim in the head with an unknown object before fleeing on a bicycle out of the park, cops said.

The victim suffered a laceration to the back of the head and was taken to the hospital in critical condition.