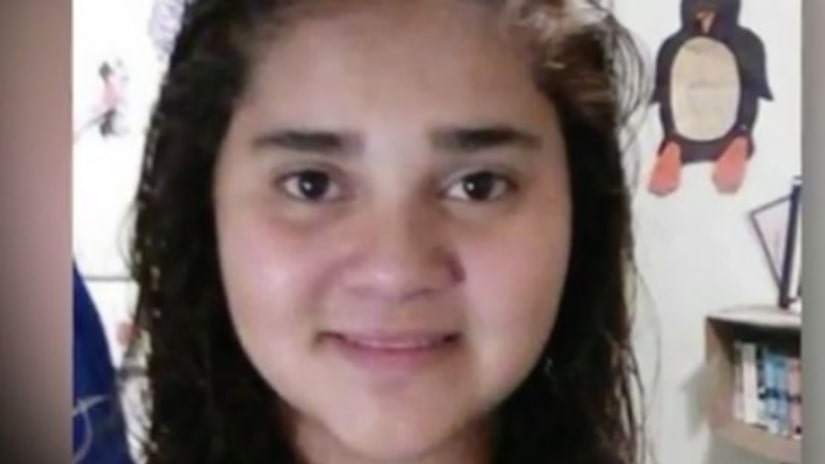 SAN BERNARDINO, Calif. -- (KTLA) -- Officials made an arrest Monday morning in connection with a crash that left a teenage girl dead in September.

Welch allegedly failed to yield to Jade, who was walking on a marked crosswalk on Pacific Street near Glasgow Avenue. The driver was traveling eastbound on Pacific Street at an estimated speed of 40 to 50 mph, according to authorities.

The girl was taken to a hospital, where she died that afternoon.

Julio Alvarez previously told KTLA that he was taking his daughter to school when he saw the incident. He said he ran to help the victim, who said she couldn't breathe.

"We just tried to keep her comfortable," Alvarez said. "We were telling her that she was going to be OK, her medics were on the way. I think she blacked out, and then she stopped talking to us."

Family and friends mourned her at a vigil the day after the crash.

"She had so many aspirations that she wanted to go to, but it all got taken away," said Jade's father, Emmett Maldonado.