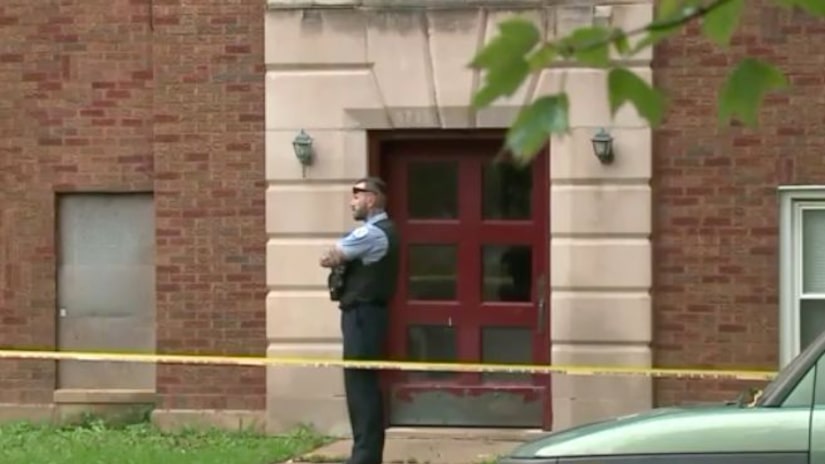 CHICAGO —- (WGN) -- A man believed to be attempting a home invasion on the Northwest Side Sunday morning is dead after two men inside the apartment took his gun and shot him, police said.

According to early reports, a man armed with a gun attempted to break into an apartment on the 5700 block of Spaulding Ave just after 10 a.m. Sunday. Police said two men inside tried to fight off the suspect, and after wrestling a gun away from the suspect, one of them shot him and killed him.

Police said in a statement they're still working to verify claims the man was attempting a home invasion at the time. Neighbor Huseyin Abiva says he heard the commotion and saw the two men who struggled with the would-be robber.

“One was sitting down, with his back against the door and he seemed to be a bit distressed, and then there was another gentleman who was standing near him," Abiva said. “The ambulance crew came and put the fellow who was sitting down on a gurney and put him in the ambulance."

Detectives conducted interviews and searched for evidence as a curious neighbor poked his head out of a window, and others gathered to see what was happening.