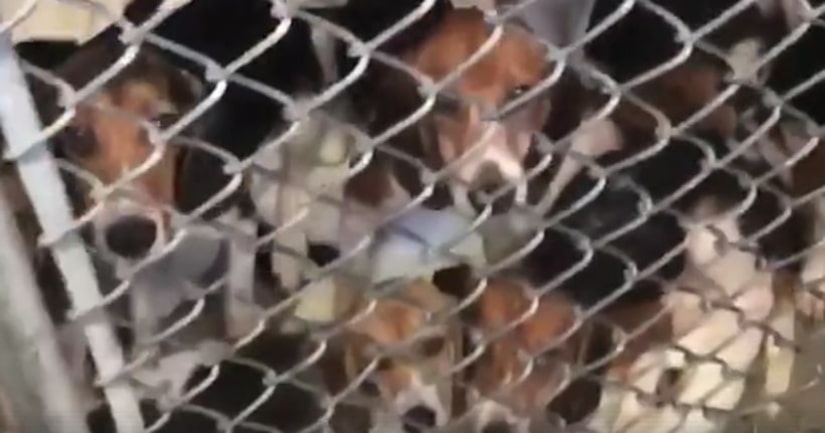 LEHIGH COUNTY, Penn. -- (KTLA/AP) -- Animal welfare workers removed 71 beagles from a cramped house in rural Pennsylvania, where officials say a woman had been breeding them without a license before she died last month.

The Lehigh County Humane Society got a call late Saturday night from police who responded to noise complaints at a home outside Allentown, said Barbara Morgan, the Humane Society's police officer.

The officers estimated about 25 dogs were inside the home. Four animal welfare workers and two trucks responded.

“Six hours later, we've removed 71 beagles,” Morgan said, adding she had never seen so many animals squeezed into such a small space.

Many are sickly and underweight and all of the animals had fleas, she said. Several are showing symptoms of mange and others have vision issues and are possibly blind. They range in age from weeks old to senior-aged.

The dogs didn't initially belong to the man who owned the home, said Mary Shafer, the executive director of the county Humane Society. The man's companion had been breeding, kenneling and selling beagles, and acted as a beagle rescue, all without a license, Shafer said.

The woman passed away in September, leaving the man with the animals, she said. He will likely face charges.