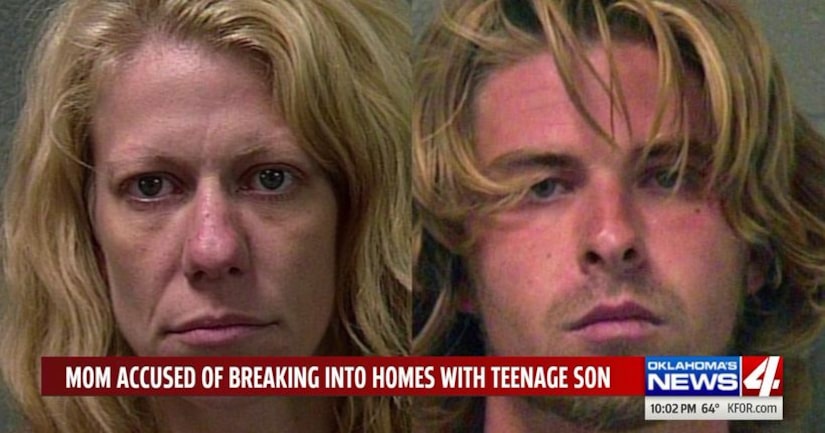 Calkins, also facing a charge of contributing to the delinquency of a minor, is accused of taking her 13-year-old son along with them on the crime spree.

The 13-year-old boy told authorities he went with his mom multiple times, taking items like little girls' clothing and in one case bullets for a gun.

The boy told police his mom had done more than a hundred burglaries in the eastern OKC metro area.

He says he stopped going with her when he realized what she was doing. And although Calkins and Gotowala are now in custody, officials say the investigation is not over yet.

FULL STORY: Mom accused of bringing teenage son along with her to break-ins - KFOR