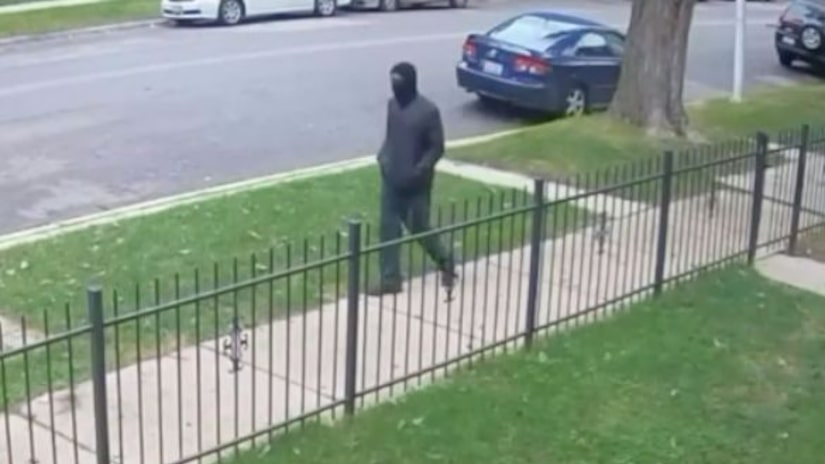 CHICAGO -- (WGN) -- The Jewish United Fund is offering a $10,000 reward for information that leads police to the person who fatally shot two men in Rogers Park over the past week.

On Wednesday, police released surveillance video of a masked person suspected in the two homicides. The seemingly random murders have left the community on edge.

Police published footage from September 30 of a person dressed in all black and a ski mask walking towards the 1400 block of West Sherwin, where 73-year-old Douglass Watts was shot in the head, and additional footage of the suspect fleeing down an alley.

Monday night, 24-year-old Eliyahu Moscowicz was also shot in the head as he walked near the lakefront in Loyola Park. After an initial investigation, police announced Tuesday that bullet casings from both shootings were a match, and the murders were likely committed by the same man. Police said there is no clear motive in either case.

Police said they've saturated the area with additional officers. Forty detectives are now devoted to the investigation and the FBI and the ATF are assisting.

A community meeting was held Thursday evening and police said they have no doubt the suspect lives in the area where the killings occurred. They said he may kill again and said if anyone thinks their approach to the situation is too aggressive, they are not apologizing.