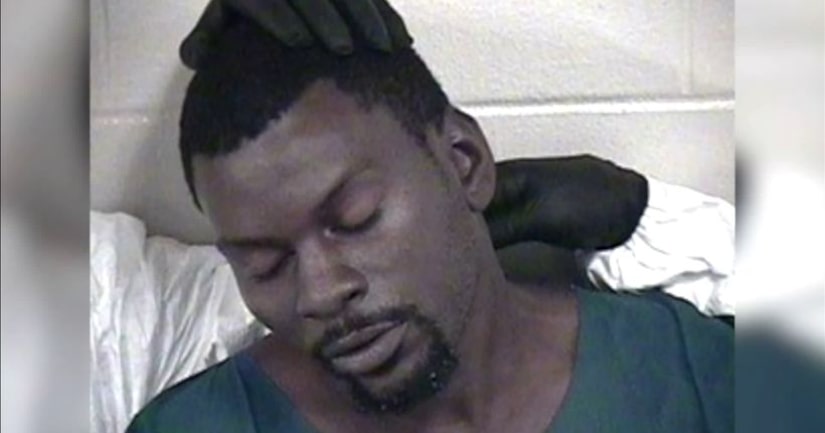 Witnesses said in broad daylight they saw Holland assaulting his girlfriend who was 5 weeks pregnant.

Police say Holland stabbed the woman in her leg so severely it cut to the bone.

Witness Marc Saighman said he started to run in the direction of the 27-year-old.

“I saw him turn around and wield a very long knife. It looked like a hunting knife,” Saighman said. “She was balled up on the ground, screaming, just screaming over and over again, and he repeatedly kicked her -- I must have seen him kick her three or four times -- and punch her.”

Saighman said Holland picked up a backpack and tried to leave.

“I went to follow him. I wanted to make sure he didn't get away,” Saighman said. “As I rounded the corner to go to the parking garage area, he and I almost ran directly into each other, and at that point I made a decision to go after him.”

He said Holland took a couple swings at him, but he was able to take him to the ground and put him in a choke-hold. He looked up and saw two men coming to help him. Minutes later, police showed up, and took Holland away.

Holland is facing three counts of domestic assault, armed criminal action and unlawful use of a weapon. He's held on a $100,000 bond, and is due in court on October 17.