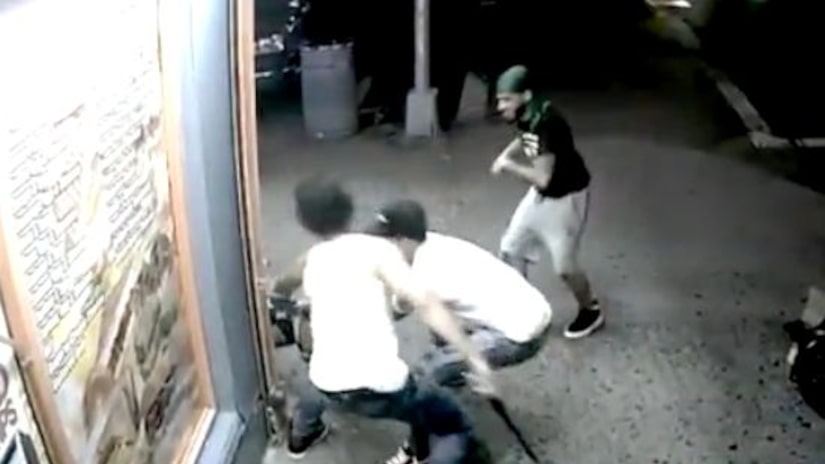 THE BRONX, N.Y. -- (WPIX) -- Three young women who live across the street from the bodega sidewalk where Lesandro “Junior” Guzman-Feliz was fatally stabbed by a mob on June 20 told PIX11 they ran to the store—and then St. Barnabas Hospital—after the vicious attack.

“Something told me to run, and when I recognized it was him, I didn't want to believe it,” said 18-year old Jamie, who said she had watched 15-year old Junior grow up on Bathgate Avenue from the time he was a toddler.

Jamie, her sister and another roommate, Tamika, saw the 20-second assault from their 5th floor bedroom windows, telling PIX11 they were screaming at the attackers to stop. Multiple men were captured on surveillance and cell phone footage plunging knives repeatedly into Junior's body. One assailant had a machete. The roommates said they didn't shoot video and felt compelled to act after the savagery they witnessed.

“I didn't know he ran to the hospital,” said Jamie, who threw on her shoes and raced down five flights, out the front door.