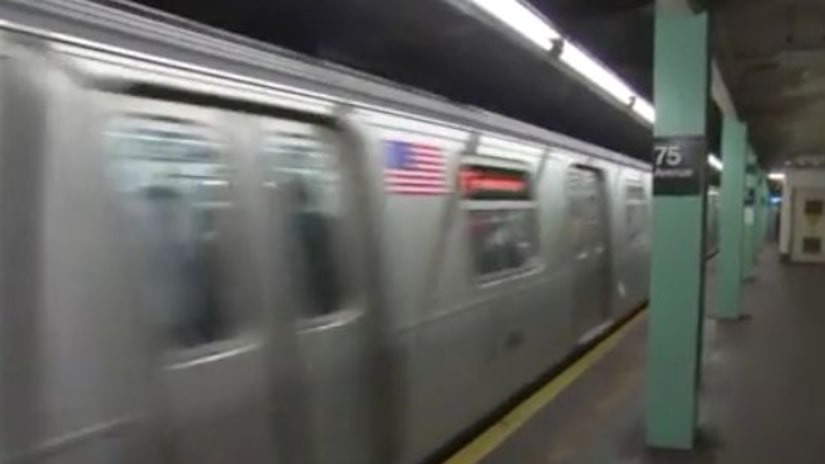 QUEENS, N.Y. -- (WPIX) -- A subway rider was stabbed in the chest on the platform of an F train in Queens on Wednesday, police said.

The 49-year-old victim was attacked by a man while boarding the train at Jamaica Center – 179th Street, officials said. He was rushed to the hospital in stable condition.

Witnesses told PIX11 the victim had tried to break up an argument and help a woman when he was stabbed.