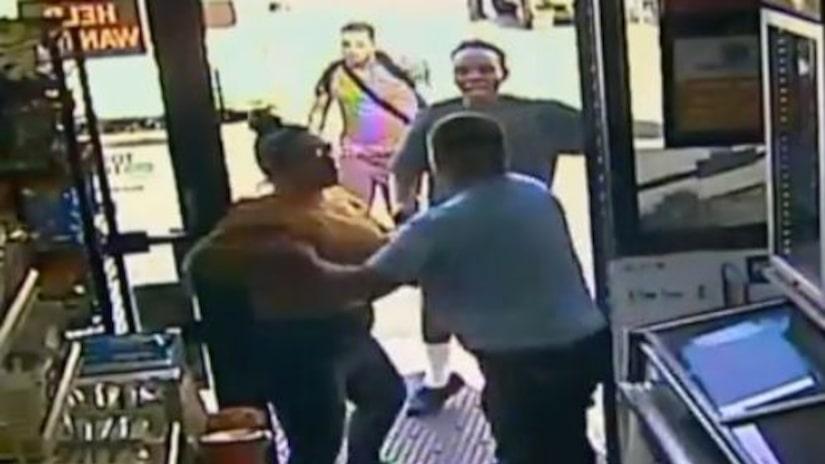 HOLLYWOOD, Calif. -- (KTLA) -- A clerk at a Hollywood convenience store was punched, kicked and shot several times with an air gun after confronting three individuals who were attempting to steal beer Wednesday evening, police said.

The violent ordeal unfolded after two women came into the store at the Arco gas station on the corner of Melrose and Western avenues just after 5 p.m., Los Angeles Police Capt. David Kowalski said.

The incident was captured on security cameras.

returned with others, Kowalski said.

The employee tries to keep them from entering the store, but the group overpowers him.