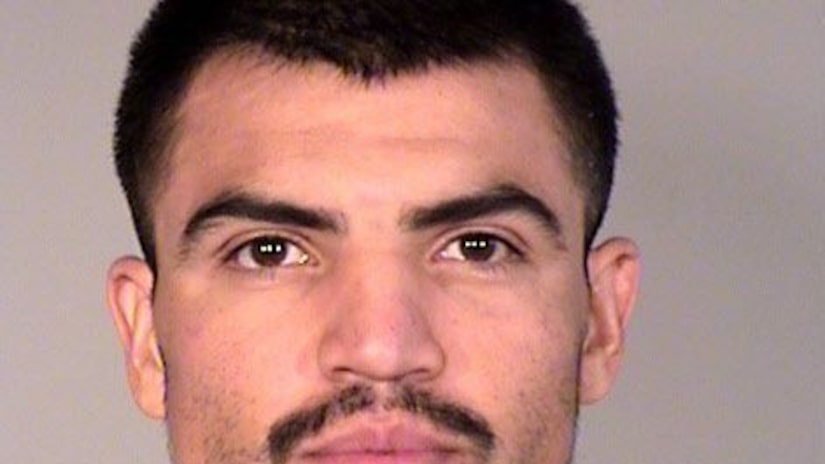 OXNARD, Calif. -- (KTLA) -- Boxer Victor Ortiz turned himself in to authorities on Tuesday after being charged with raping a woman by force following a six-month investigation, police said.

An investigation was launched after a woman contacted police the afternoon of March 19 and told them she was sexually assaulted inside an Oxnard home, the Police Department said in a news release.

Ortiz was identified as a suspect after detectives responded to the scene, officials said.

Authorities continued to investigate the case for several months and eventually presented the evidence to Ventura County prosecutors. The district attorney's office subsequently issued a warrant for his arrest, police said.

Ortiz turned himself in around 3 p.m. Tuesday and was being held on suspicion of forcible rape, forcible oral copulation and forcible digital penetration, authorities said. His bail was set at $100,000.