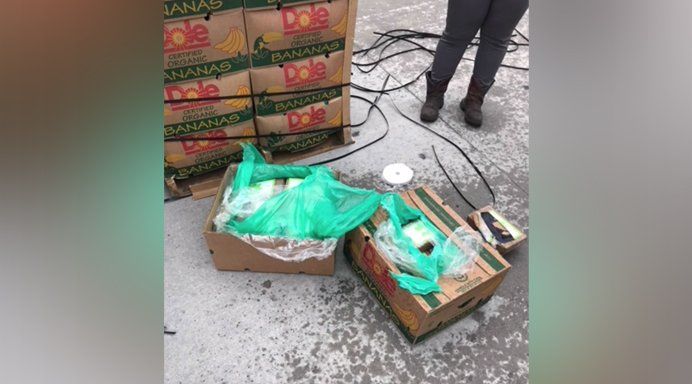 Two Texas Department of Criminal Justice sergeants made the massive bust after the Ports of America in Freeport donated the unclaimed pallet of “fruit” to the Texas prison system, according to the Houston Chronicle.

While loading the cargo, one of the sergeants noticed that a box felt different. When they opened it up, they found white powder in green plastic bags.

The DEA and Customs continue to investigate; it was not immediately clear who the sender or original intended recipient was.

2 sergeants from the Scott Unit alerted Customs when they found a white powder in a donated box of bananas in Freeport this morning.

The DEA and Customs are continuing their investigation. pic.twitter.com/O3yRpZBClN