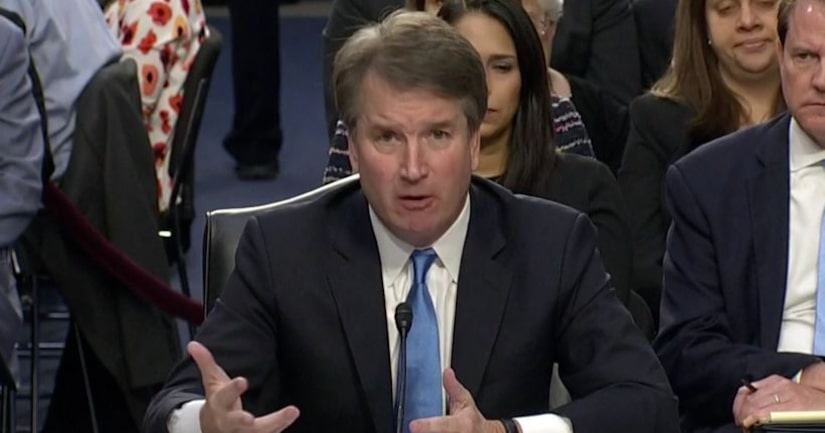 California Sen. Dianne Feinstein, the top Democrat on the Senate Judiciary Committee, called for an immediate postponement of Kavanaugh's confirmation proceedings in a letter to the committee's chairman, Iowa Republican Sen. Chuck Grassley, and asked that the new allegation be referred to the FBI for investigation.

Grassley's spokesman, George Hartmann, told CNN that the chairman will “look into” the new allegation, but there are no plans at the moment to delay the Thursday hearing.

Ronan Farrow and Jane Mayer of The New Yorker reported Sunday that Deborah Ramirez, 53, attended Yale with Kavanaugh and said she remembers Kavanaugh exposing himself to her at a dormitory party.

Kavanaugh said in a statement, “This alleged event from 35 years ago did not happen. The people who knew me then know that this did not happen, and have said so. This is a smear, plain and simple. I look forward to testifying on Thursday about the truth, and defending my good name — and the reputation for character and integrity I have spent a lifetime building — against these last-minute allegations.”

White House spokesperson Kerri Kupec said in a statement, “This 35-year-old, uncorroborated claim is the latest in a coordinated smear campaign by the Democrats designed to tear down a good man. This claim is denied by all who were said to be present and is wholly inconsistent with what many women and men who knew Judge Kavanaugh at the time in college say. The White House stands firmly behind Judge Kavanaugh.”