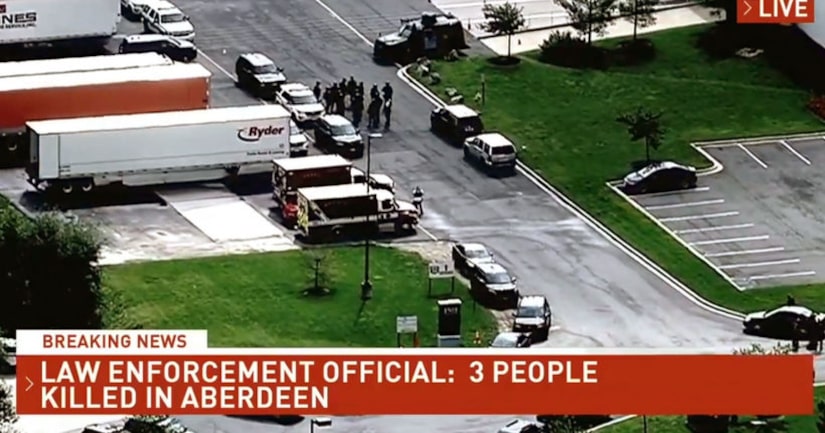 ABERDEEN, Md. -- (WBFF) -- Harford County Sheriff Jeff Gahler says the lone suspect is in custody in the mass shooting at a warehouse in Harford County. Police say one gun was used and they do not think there are any other suspects.

Harford County Sheriff Jeffrey Gahler said the lone female suspect is in custody and is in critical condition at a hospital, according to the Washington Post.

Sheriff Gahler said there were "multiple dead" and "multiple wounded."

Multiple police agencies were on scene in the area of Spesutia Road and Perryman Road in Aberdeen. The FBI described it as an "active shooter situation."

Sources say the alleged shooter is in custody. Police say no shots were fired by police.

The shooting happened at Liberty Support Facility, a portion of a Rite Aid distribution center.