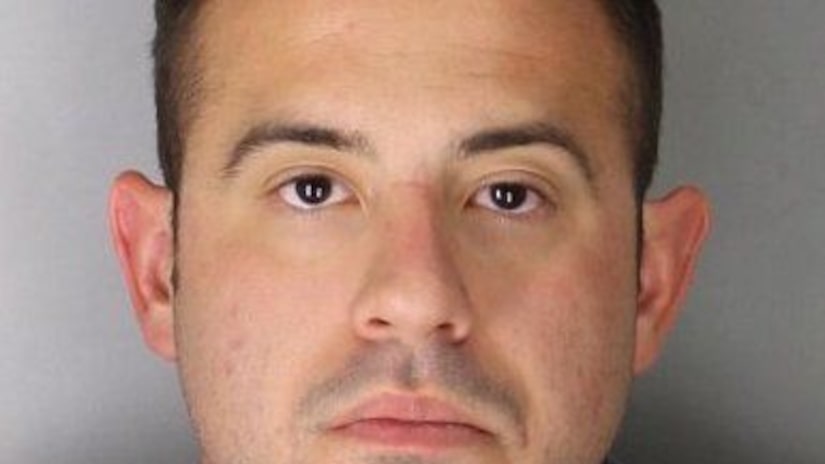 LOS ANGELES -- (KTLA) -- A Central Valley police sergeant was charged Tuesday with meeting a minor for lewd purpose after being found in a parked car with a teenage girl, officials said.

Porterville Police Sgt. Wayne Martin, 33, was discovered in the compromising situation Sunday after deputies responded to a report of a suspicious vehicle parked near a citrus grove in a remote area of the town, about 50 miles north of Bakersfield, the Tulare County Sheriff's Office said in a news release.

The responding deputies found there were actually two cars, parked one in front of another. But both Martin and the 17-year-old girl were inside one vehicle, authorities said.

Martin, who was off-duty at the time, identified himself as a sergeant, and the girl told the deputies that she is an Explorer scout with the department. Police Explorer programs give youth an opportunity to get acquainted with law enforcement work.

“The investigation, at this point, has resulted in the arrest of Porterville Police Sergeant Wayne Martin,” the sheriff's release states. Investigators did not say what led them to believe there was foul-play involved in the meeting.