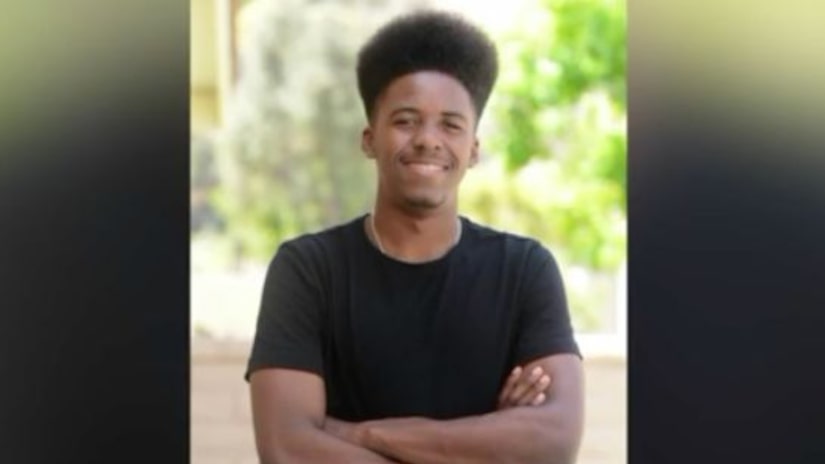 LOS ANGELES -- (KTLA) -- Homicide detectives have opened an investigation into the death of a UC Riverside student whose family claims he is the victim of extreme hazing.

Tyler Hilliard, 20, was set to start his third year at the university next week. But the business major, who was pledging the fraternity Alpha Phi Alpha, died Sunday after an outing with his pledge class.

"I couldn't ask for a better kid," his mom, Myeasha Kimble-Hilliard, told KTLA. "He had a bright future ahead of him."

Hilliard was rushed to the hospital around 9 p.m. Saturday from Mount Rubidoux, where the fraternity was hosting a gathering of some sort.

Kimble-Hilliard said the version of events the pledge master gave her after she confronted him in the emergency room doesn't add up.

"He said that they were about to go for a hike at Mount Rubidoux - they had not started hiking yet - and that Tyler was feeling short of breath," she said. "Shortly after that he collapsed, and (the pledge master) called 911."