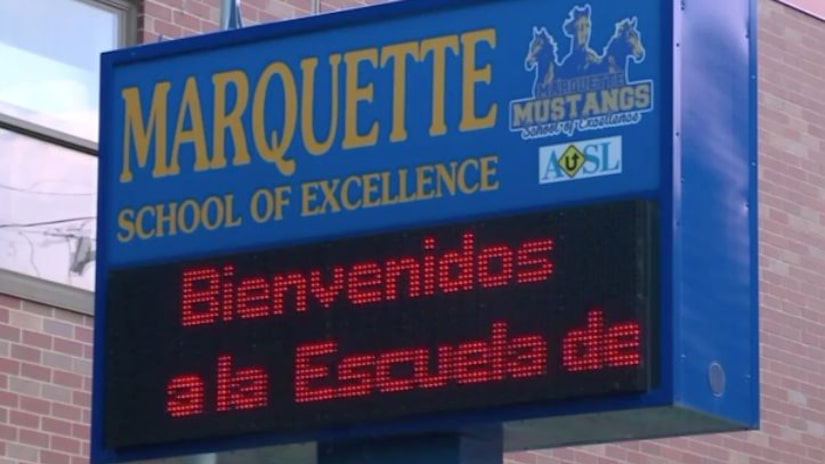 CHICAGO -- (WGN) -- A Chicago mother is suing CPS and her son's school and claims they knew her son was being sexually abused at school and ignored it.

Angela Wells said she did not know her 10-year-old son, who is a student at Marquette School of Excellence, was being sexual abused at school until he threatened to kill the student who he said was touching him inappropriately.

“He said over the course of a month's time, the boy had kissed him and felt on his behind and touched his private part,” Wells said. “He reported it to one of his teachers.”

But Wells claims the teacher did nothing. Wells said a report was never filed.

When it happened again, her son said he told another teacher at who just told him to sit down.

“Most victims of sexual abuse never speak out,” the family's attorney Kelly Krauchun said. “And this child had the courage to speak out to two teachers and yet nothing was done still.”

Krauchun has filed a federal lawsuit on Wells' behalf, suing Chicago Public Schools, the Academy for Urban School Leadership, the non-profit organization that runs the school, and the two teachers to whom the student reported the abuse. Krauchun said in doing her research, she has found what she calls a systemic issue.

“I found numerous other lawsuits out there for similar situations.”