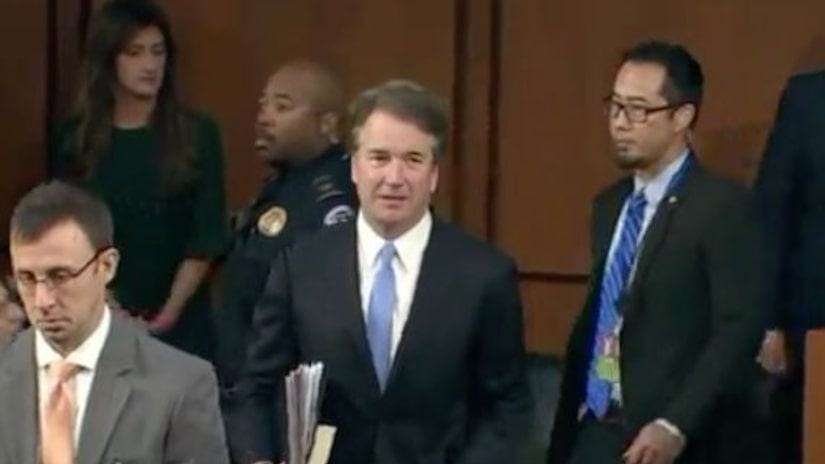 WASHINGTON, D.C. -- (KTLA) -- A woman accusing Judge Brett Kavanaugh of sexual misconduct more than 30 years ago came forward publicly Sunday, detailing her allegations about the Supreme Court nominee in an interview with The Washington Post.

The paper said Christine Blasey Ford, a professor in California, reached out to the Post in July as Kavanaugh's name appeared on short lists to replace Justice Anthony Kennedy, but she opted not to speak with the Post on the record for weeks. As her private outreach to California Democratic Sen. Dianne Feinstein became public over the past week, she decided to go ahead and speak out herself, Sunday's report said.

"Now I feel like my civic responsibility is outweighing my anguish and terror about retaliation," Ford told the Post.

Ford said she kept silent about the alleged incident until she was in couples' therapy with her husband in 2012. Her husband, Russell Ford, recalled to the Post that she talked during their 2012 sessions about the incident and said she had mentioned Kavanaugh's last name and that he was a federal judge who might be on the Supreme Court eventually.