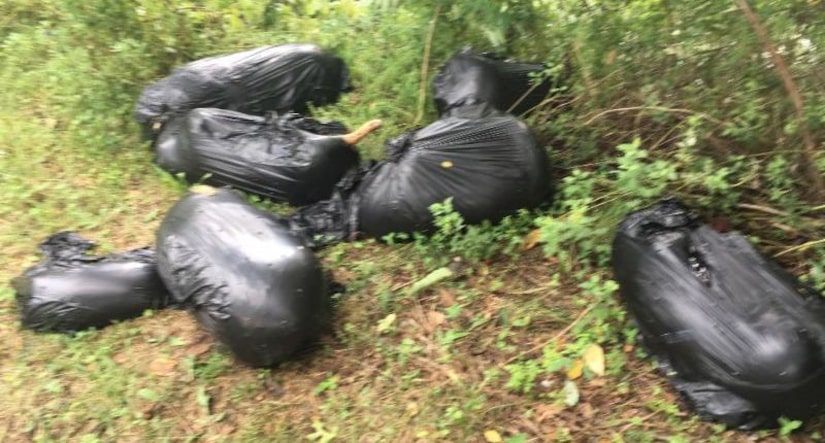 HEMPSTEAD, N.Y. -- (WPIX) -- Seven dead pit bulls were dumped in garbage bags in a sump on Long Island, authorities said, asking for the public to help find those who were involved.

The grisly scene was discovered Wednesday at Dietz and South Franklin streets in Hempstead at the location of a New York State Department of Transportation sump, according to the Nassau SPCA. Inside the bags were four females, two males and a 3-month-old puppy. All were pit bulls.

The Nassau County SPCA is offering a $5,000 reward for information that leads to an arrest and conviction of whomever killed the animals and dumped their remains.

Anyone with information is urged to call the Animal Cruelty Stoppers Hotline at 516-THE-SPCA. All calls will be kept confidential.