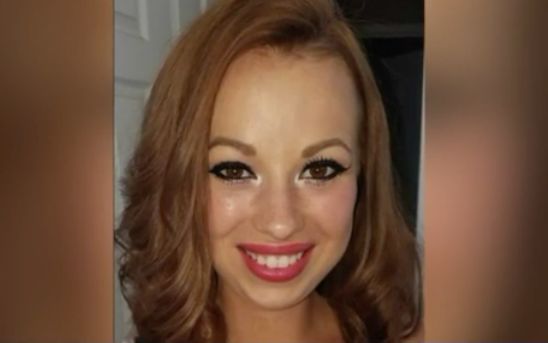 HEMET, Calif. -- (KTLA) -- A San Jacinto family is mourning a 29-year-old mother of three, who died along with her unborn child after colliding head-on with a suspected DUI driver over the weekend.

Krystil Kincaid was driving her Chrysler minivan north on Warren Road around 8:30 p.m. Sunday when a BMW heading southbound veered into her lane and struck her between Devonshire and Esplanade avenues in Hemet, according to Hemet police.

The blue BMW had been driving at a high rate of speed, investigators said.

Officials who responded to 911 reports of the crash found the silver van was partially on fire. After firefighters put out the flames, first responders had to extricate Kincaid — who was eight months pregnant — from her vehicle, police said.

Both Kincaid's legs had become pinned underneath her dashboard due to the extensive damage her car sustained, according to a GoFundMe page created to raise funds for her memorial costs.

Her husband of 12 years, Zach Kincaid, told KTLA she had him on speakerphone as the crash occurred.