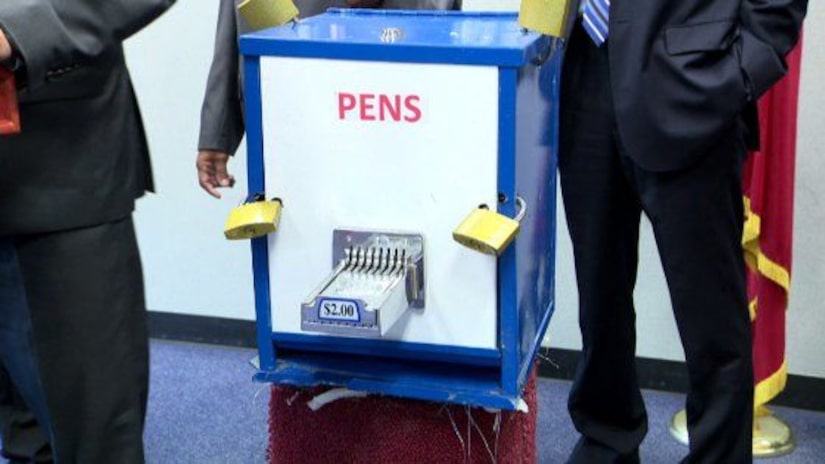 CORAM, N.Y. —- (WPIX) -- Suffolk County Police have a mystery on their hands after at least three so-called crack pipe vending machines were installed on public property and there's now a concern that more vending machines are out there.

“Who in their right mind would even do something like that -- to enable and to encourage somebody to do this?” said Tony Gallo, a Coram resident.

Gallo is one of many concerned by the vending machines that have sprouted up across Suffolk County.

“Did they really think they were gonna get away with this?” Gallo said.

With a simple design, the blue vending machines were cemented into the ground in at least three locations in Suffolk County and claimed to contain “pens.”