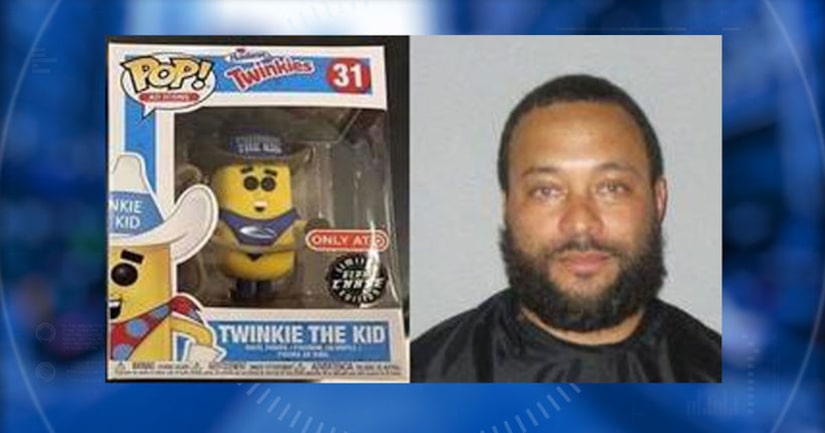 FLAGLER COUNTY, Fla. -- (WKMG) -- Flagler County authorities said a man followed a Target customer Saturday from the store to steal a "Twinkie the Kid" Funko Pop figure from him, attacking the victim and his 64-year-old mother.

Flagler County sheriff's deputies were called to the Target store on State Road 100 East just after 11 a.m. when the two victims reported being attacked by a man who stole the character from them in the parking lot.

A 41-year-old man and his 64-year-old mother were shopping at Target and looking to a buy a limited edition Funko Pop character at the store. The woman found and purchased the figure and left the store while her son was buying other items at the front register. She said she noticed the man, who deputies said later attacked her and her son near the toy section while she was getting help from an employee finding the figure.

The Hostess Twinkie mascot figure, part of the Funko Pop "Ad Icon" collection, was purchased at Target for $10, deputies said, but can be sold online for $150.

When the two men left the business, the victim said Charles Porter, 34, started yelling at him about the Funko Pop figure the victim's mother had purchased and punched him in the back of the head.

The victim's mother pulled up their car to the store and Porter opened the passenger-side door and hit the woman in the face, the victims told deputies. Porter grabbed the Funko Pop figure and attempted to run away, but the woman gave chase grabbing his shirt, which he took off to get away. The suspect shoved the woman to the ground and got in his car and drove off, she told deputies.

The suspect returned to Target while the victims were speaking with deputies and was arrested. Porter, of Port Orange, is charged with burglary and two counts of battery. He is held on no bail in the Flagler County Sheriff's Office.