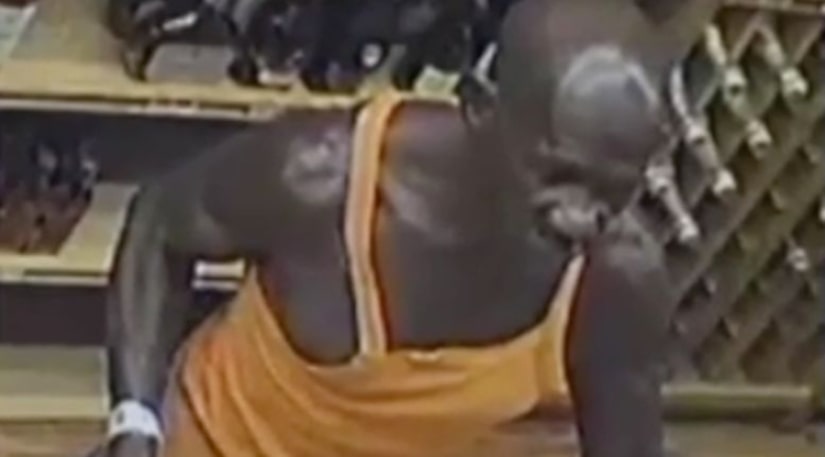 NEW YORK CITY -- (WPIX) -- Police are searching for a man wanted for two violent robberies that occurred in lower Manhattan on Sunday, leaving an 88-year-old woman and a 66-year-old man hospitalized in serious but stable condition.

The first incident happened at about 12:45 p.m. inside Seward Park Liquors, located at 53 Ludlow St. in the Lower East Side.

Police said an unknown individual approached an employee with a bottle of liquor in his hands and threatened to hit him if the employee didn't handover cash from the register. when the employee refused, the individual proceeded to hit him with the bottle and continued to throw other bottles at him.

The employee ran out of the store and the individual removed approximately $200 in cash from the register.

The man fled the scene on foot southbound on Ludlow Street. The victim was treated at the scene by first responders.

Police said the man was wearing an orange tank top, blue jeans and red sneakers during the first incident.