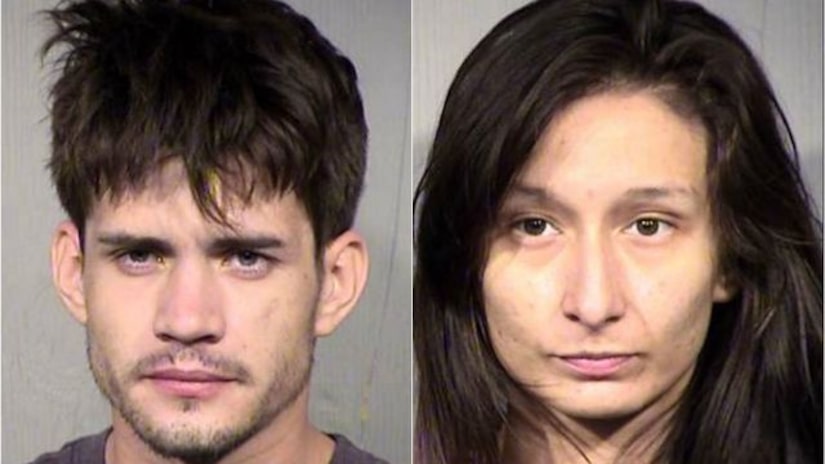 PHOENIX -- (KNXV) -- Phoenix Police responded on August 26 to a home near 7th Street and Camelback Road after learning a 19-month-old child ingested Percocet. The boy was taken to Phoenix Children's Hospital where it was determined that he had opiates and amphetamines in his system.

Inside the home of Rafael Kagan, 25, and Estella Hernandez, 26, police say they found four white pills and a glass pipe on a shelf near the bed. Police say they also found an "extensive amount of drugs, money and a scale." Kagan allegedly told police that he was high that night and probably fell asleep without putting away the pills.

Police say the boy also had other injuries including bruising, red spots and a scar from a burn mark on his arm. Hernandez and Kagan have been charged with child abuse and various drug-related offenses.