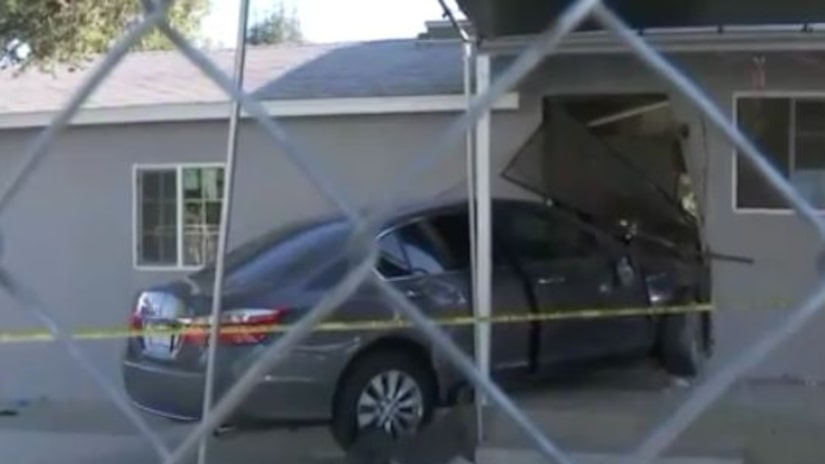 HACIENDA HEIGHTS, Calif. -- (KTLA) -- Officials arrested a person suspected of driving under the influence after a car plowed into a church building in Hacienda Heights. The incident left three individuals injured, authorities said.

The crash happened around 3 p.m. at 14902 Clark Ave. when a driver traveling westbound suddenly veered left into a building, according to California Highway Patrol.

The vehicle hit two pedestrians before crashing into the structure's living area and striking another person, a CHP officer told KTLA.

Witnesses said the church Comunidad Misionera Cristiana owned the home, and a pastor and a few other members of the congregation were at the property at the time.

“Everything happened so fast," said Luis Lopez, a member of the church.

He told KTLA he had been walking on the sidewalk when the vehicle, about three feet away from him, hit a pastor named Linda. She was propelled onto a brick wall and fell down, Lopez said.

Then he saw a second victim crawling out from under the vehicle screaming that he couldn't feel his legs, Lopez said.

"All I saw was blood everywhere," he said.