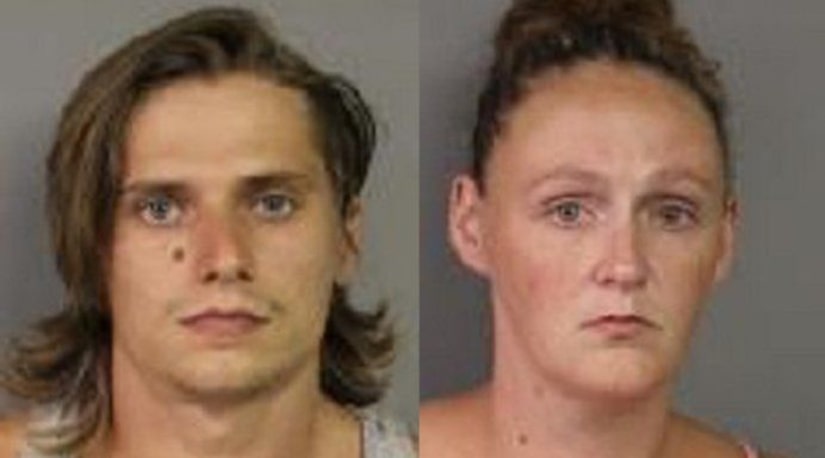 A trooper noticed an ashtray with what appeared to be marijuana cigarettes in it and began speaking with Hill, the driver, according to a news release. The other trooper went to the back seat to check on the toddler who police say wasn't properly restrained.

“The little girl reached under the front seat and retrieved a zippered pouch,” according to the release. “She opened it and held it up, so the trooper could see the contents.”

Inside the pouch was marijuana, a grinding device and a pipe, police said. Police arrested Hill and Karl on charges of endangering the welfare of a child. Hill faces an additional count of unlawful possession of marijuana.