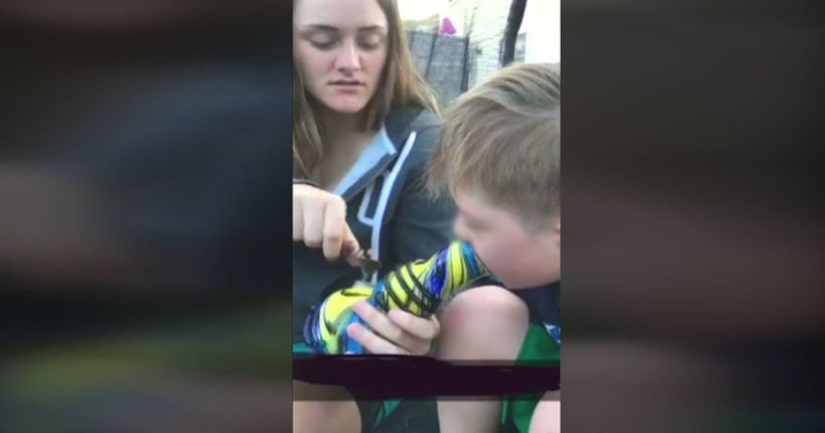 AZTEC, N.M. -- (KRQE) -- In one of two videos of two teen babysitters abusing an 8-year-old boy with Down syndrome, they coax the boy into taking a hit from a bong.

"He's the most loving, caring little boy and it disgusts me that they could do this to him. Especially while one of them being pregnant herself," the boy's mother said.

The first video, according to police, is of Bricen, 8, being forced to smoke a bong while in the care of babysitters Lindsey Moss and Dallas Baron, who are both 19 years old. The second video, again involving Moss and Baron, shows them throwing an empty 5-gallon water jug at Bricen's head while the other recorded it with her cell phone.

Police say the videos were made last year, but it wasn't until this June that one of their friends -- who couldn't believe what she was seeing -- sent the videos to Bricen's father, who called police.

Bricen's distraught mother says that her son can't speak, and she had no idea this horrific abuse was taking place.

Despite Baron and Moss being arrested in June and charged with child abuse after police saw the videos.