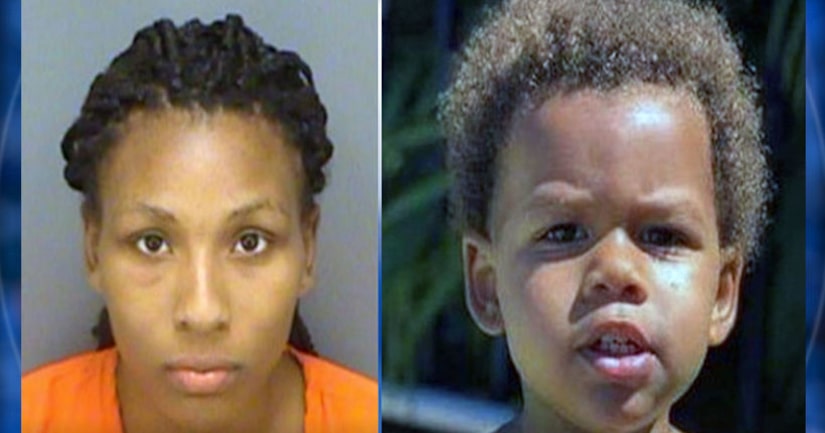 LARGO, Fla. -- (WBBH) -- The mother of a 2-year-old Largo boy, who was the center of a statewide Amber Alert, has been charged with murder in the death of her son.

Officers arrested 21-year-old Charisse Stinson and charged her with first-degree murder in the death of Jordan Belliveau.

Jordan was found dead in the wooded area of Lake Avenue and McMullen Road in Largo on Tuesday afternoon.

According to an arrest affidavit written by Largo Police, Stinson admitted to causing the death of her son. The report alleges Stinson, "in a moment of frustration," struck Jordan in the face with the back of her hand "which in turn caused the back of his head to strike an interior wall of her home. After the blow to the head, the victim suffered seizures during the night, which lead to further decline [in his health], resulting in his death."

The report goes on to state that Stinson did not seek medical help, but rather took her son to a wooded area and left him to die. Authorities say Jordan's body had injuries matching what Stinson told them happened.