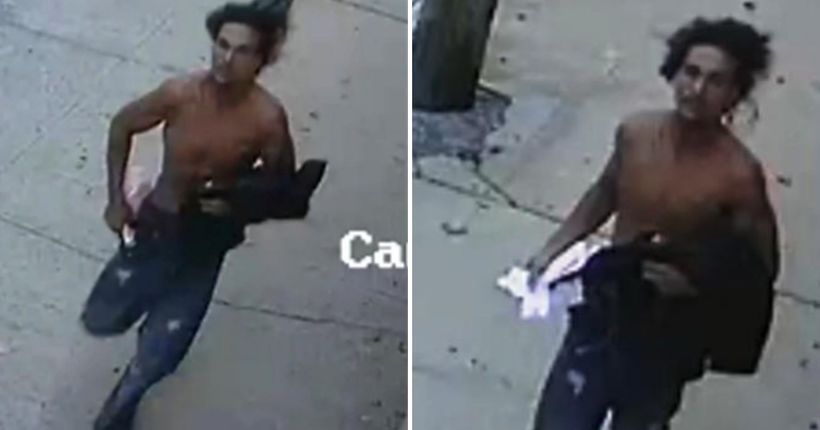 WPIX
Authorities are searching for the man who attempted to rape a woman who was with her infant in the Bronx Sept. 4, 2018.

EASTCHESTER, the Bronx, New York -- (WPIX) -- A 20-year-old victim was pushing her baby in a stroller along the New England Thruway overpass at Steenwick Avenue Tuesday morning when a man approached her from behind, police said. The attacker grabbed the victim and pushed her to the ground then he pushed the stroller away as he began to touch the victim’s breasts and tried to kiss her and remove her pants, police said.

When he saw another individual approaching them on the overpass, the man ran away, police said. He was last seen running near Rombouts and Givan avenues.

The attacker is described as a man about 5 feet 7 inches, about 31 years old, with a medium build and long, black, curly hair. He was last seen wearing blue jeans.