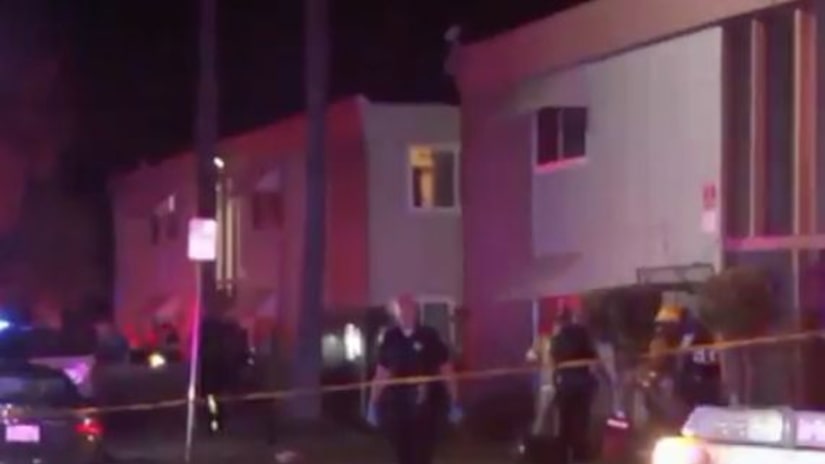 Police initially said 10 people had been shot, all of them apparently adults, but Lawhead revised the tally early Monday to eight, including at least one minor.

Though there is a lot of gang activity in the area, Lawhead could not say for certain if that was a factor in the shooting but also wouldn't rule it out.

The shooting took place in a common area of the complex, he said.

There is no suspect in custody, he said.

Officers got a call reporting shots fired at the complex, located on the east side of the city, Sunday at 10:45 p.m.

"We believe that there was an exchange of gunfire," he told reporters at the scene.

Handguns and rifles appear to have been involved in the shooting, Lawhead said, but no weapons have been recovered. Determining specifically what led to the violence has been difficult because victims and witnesses refuse to cooperate with police, he said.