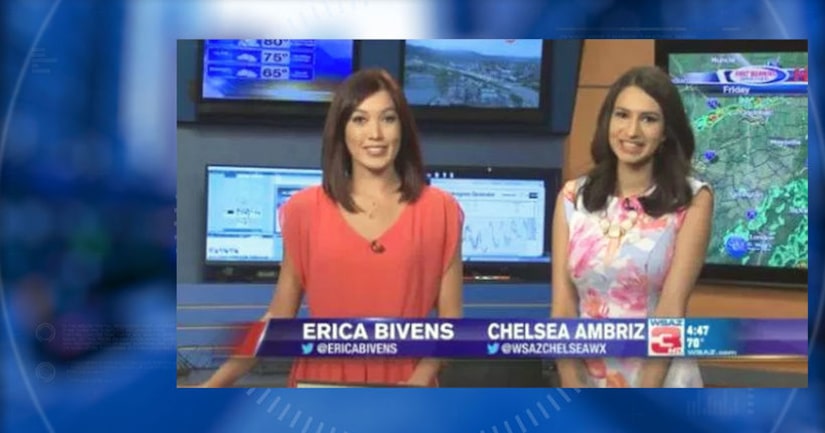 CHARLESTON, W.Va. -- (WTIC/AP) -- A meteorologist at a West Virginia TV station is accused of shoving a news anchor and fracturing her skull.

The Charleston Gazette-Mail reports 26-year-old Chelsea Ambriz is charged with misdemeanor battery. A criminal complaint says Ambriz, who works as an on-air forecaster for WSAZ-TV, shoved station anchor Erica Bivens on Aug. 26. The complaint says Bivens suffered a ruptured ear drum and skull fracture in the fight. It doesn't say what caused the dispute or where it happened.

Ambriz is scheduled to appear in court Sept. 21.