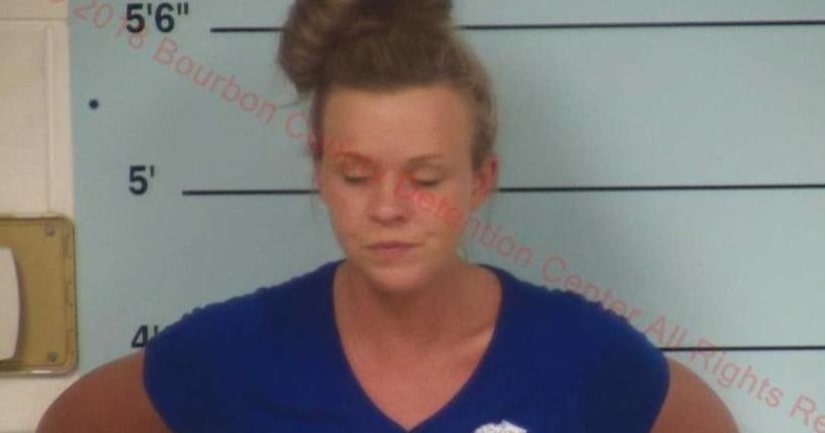 CARLISLE, Ky. -- (WDKY) -- Police in Kentucky say a mother is behind bars after a meter-reader discovered two children unsupervised.

A meter-reader in Carlisle called police Tuesday after finding a child in a diaper by himself. The meter-reader followed the child to a home on 1st Street. When police arrived at the home, they saw another child covered in soda trying to escape the residence.

The oldest child brought a Carlisle police officer to the mother, Maribeth Browning, and the officer performed an alcohol breath test on her. Her breath test showed a .248-percent blood-alcohol content. Browning was charged with criminal abuse and booked in the Bourbon County Regional Detention Center.