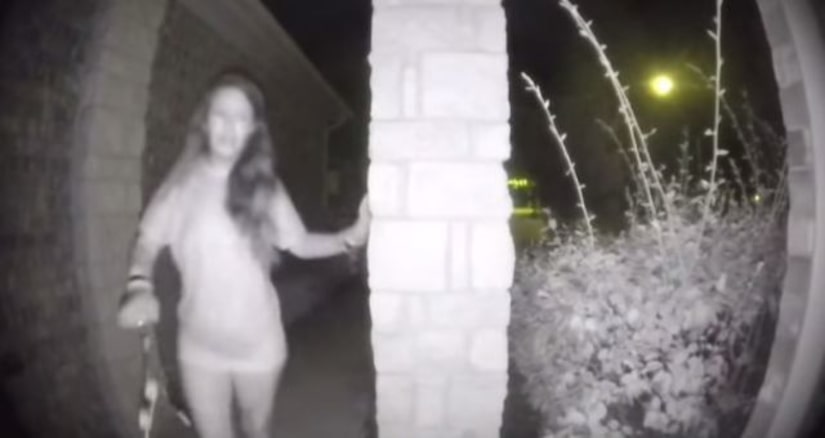 HOUSTON -- (KIAH) -- Officials say they have identified the barefoot woman captured by surveillance cameras ringing doorbells at a number of Texas homes before vanishing into the night.

Montgomery County Sheriff's Lt. Scott Spencer said during a press conference Wednesday that the 32-year-old woman is safe, but did not identify the woman because she is a family violence victim. He said they learned of her identity after finding a 49-year-old man, who had made suicidal threats and comments, dead during a welfare check.

When asked about the nature of the family violence, Lt. Spencer said, “There's some issues, obviously, with the surveillance video and why she's wearing those restraints and the circumstances surrounding it. We only have one side of the story right now.”

Spencer said the victim left a suicide note that helped identify the girlfriend and helped explain “some of the circumstances behind why this occurred,” adding that the woman was living with the man at the Sunrise Ranch home where the body was found.

The grainy video, captured around 3:20 a.m. on Friday, shows a woman walking up to a house and ringing the doorbell. She's wearing a T-shirt, and appears to have some sort of shackle hanging from her right wrist. It was reported that the same woman apparently visited at least five houses in the Sunrise Ranch neighborhood. 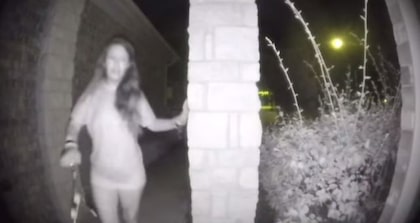