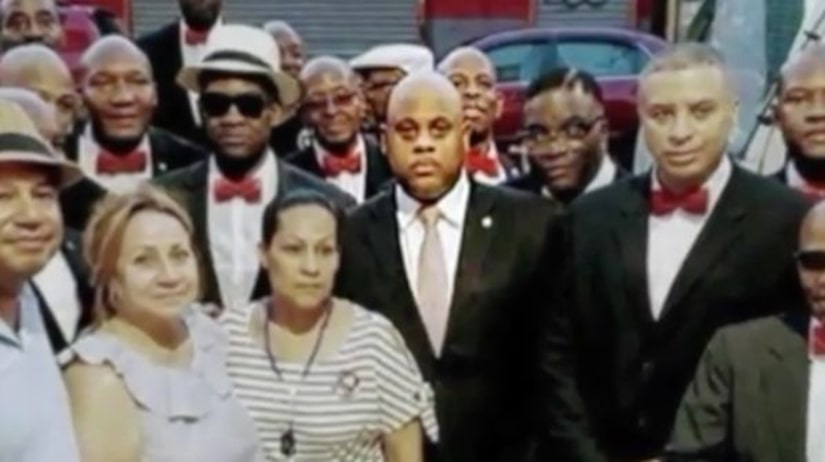 THE BRONX, N.Y. -- (WPIX) -- A creative Instagram poster edited a video featuring two, dancing rats, part of a campaign to discredit two men who were involved in setting up foundations or memorials for slain teen Lesandro “Junior” Guzman-Feliz, without the full consent of Junior's family.

One of the men, David Estrella, was accused of having a mural made with a hat on Junior's image that promoted Estrella's business, “Wear Your Block.”

“If the family chose to have a foundation or a charity of their own, the hats could have been provided as a fundraiser,” Estrella told PIX11. ”We have been advocating for re-naming the street."

Instead, the hat idea has backfired for Estrella.

Someone painted over the logo on the hat featured in the “Stand with Junior” mural.

Estrella said he met Khalil Abdul Muhammad, another person targeted in the Instagram campaign, on East 183rd Street and Bathgate Avenue, the intersection where Junior was hacked with knives and a machete, before he bled to death. The two were part of a group that was present when the “Stand with Junior” mural was unveiled.

“I was called and compelled to act, because I myself am a survivor of gang, violent assault, when I was 16,” Estrella claimed. “I was attacked by three cars, men with bats. I was able to survive, because one of the bats broke, and I fought my way out.”

The story involving three cars sounds very similar to the scenario of Junior being chased by four vehicles, before he was set upon with weapons on the night of his murder June 20.

FULL STORY: Men accused of being scammers in Junior memorials defend themselves against detractors - WPIX