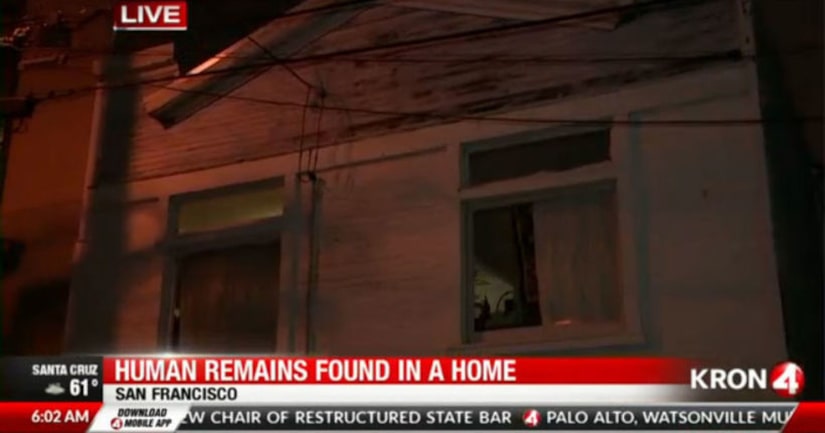 SAN FRANCISCO -- (KRON) -- Police officers discovered remains of a headless corpse inside a fish tank at a home in San Francisco where a man was reported missing. Neighbors say they haven't seen the homeowner in months.

Police were called to the home on Clara Street in the South of Market area to do a wellness check in July. Officers were reportedly told by several men inside that the homeowner was on vacation. Police then came back a week and a half ago and made the discovery.

A man has been arrested in connection with the case but no charges have been filed.