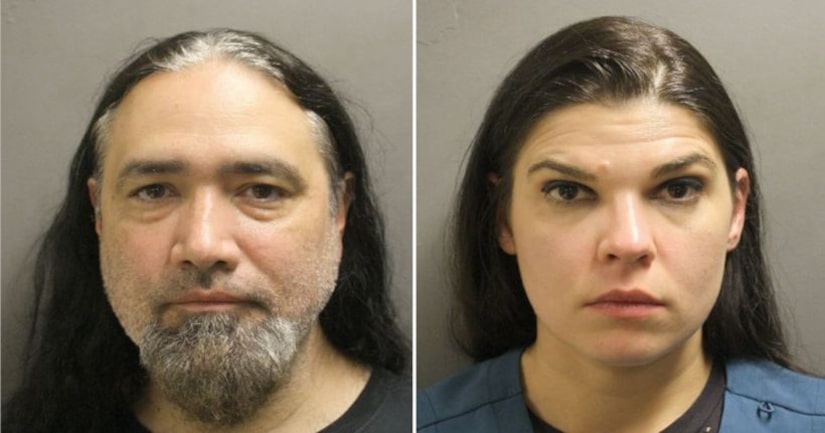 HOUSTON -- (KIAH) -- A local man and woman are facing criminal charges after leaving their 11-year-old daughter home by herself while the couple attended a Godflesh concert in Detroit, according to court documents. Virginia Yearnd, 39, and John Michael Guerrero, 48, are charged with child abandonment.

The Harris County Pct. 4 Constable's Office conducted a welfare check Aug. 23 at a home in the 6900 block of Worcester Drive near Spring after receiving a call from the child's great aunt. The relative claims she called her niece who said the couple was away at a concert. The child said her parents left at 1 a.m. Aug. 24 and were expected to return two days later around midnight.

The child wasn't given a number to contact if anything happened or premade meals, the constable's office said. She was standing over the stove cooking herself something to eat when constable deputies arrived at the residence, according to court documents.