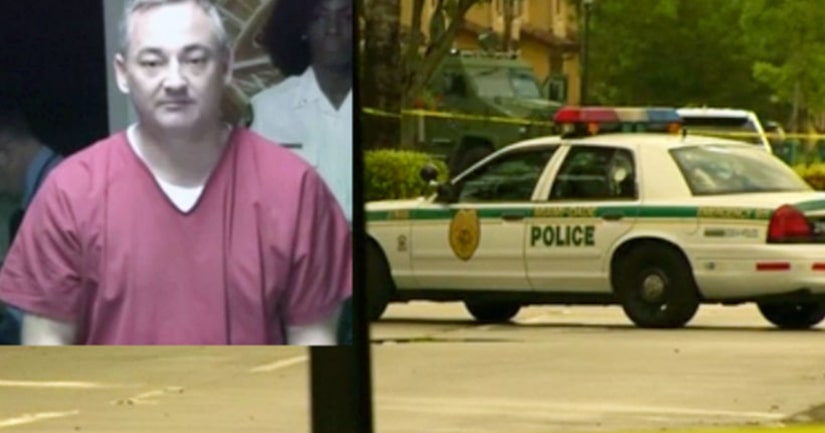 MIAMI -- (WPTV/AP) -- A Social Security judge shot and killed himself after an hours-long standoff with police at a home southwest of Miami, authorities said Friday.

SWAT team members and police officers surrounded the home, barricading off various streets inside the residential community lined with manicured lawns and adobe-style homes. For hours, hostage negotiators pleaded with Maher over mobile devices and a megaphone, asking him to release those detained inside the home including a school-age child.

The three hostages made it outside. They were described as family members but the exact relationship was not immediately clear.

Investigators said police heard a shot fired around 9 a.m. and officers finally entered the house. Police found Maher dead from a self-inflicted gunshot wound. Maher had been arrested last week for domestic violence dispute involving his girlfriend. According to reports, he threatened the mother of his child with a rifle.