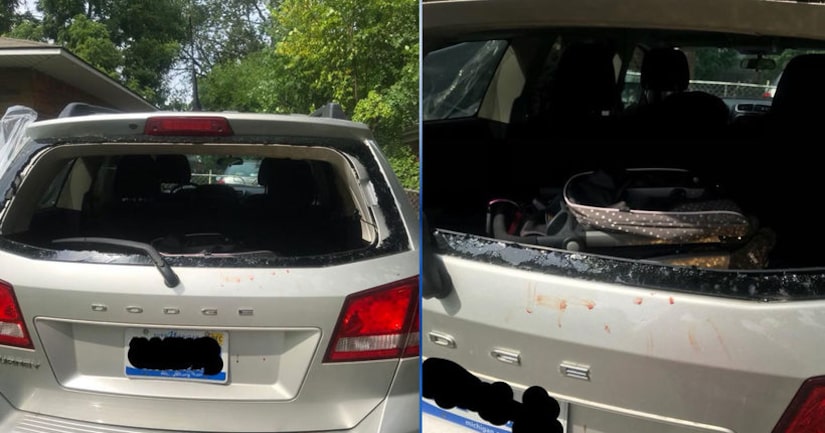 WATERFORD, Mich. -- (WXYZ) -- A Waterford mother is sharing her terrifying story about an incident that happened last weekend while visiting her grandmother.

Lacey Guyton says it was the scariest 10 minutes of her life when she accidentally locked her baby girl in the car last Saturday and couldn't get in to rescue her. She called 911, but says the dispatcher wouldn't send anyone to help.

"She had two chances to send somebody and both times she didn't," Guyton said.

Guyton was leaving her grandmother. She put her 2-month-old daughter in the car, getting ready to leave.

"The keys are in my diaper bag. I put the diaper bag in the car, put Raina in the car and shut the door and then all of a sudden it locks," she said.

She immediately called 911 and was surprised by what the dispatcher told her.

"We don't send people out to unlock cars or break windows," Guyton recalls the dispatcher saying. The dispatcher then offered to connect her to a tow company.

Guyton knew she needed to get inside the car to save her baby.

"I saw her start to close her eyes and I just ran to the back window and smashed it open," she said.

She says Waterford police contacted her to apologize about what happened, but she wants to set the record straight.