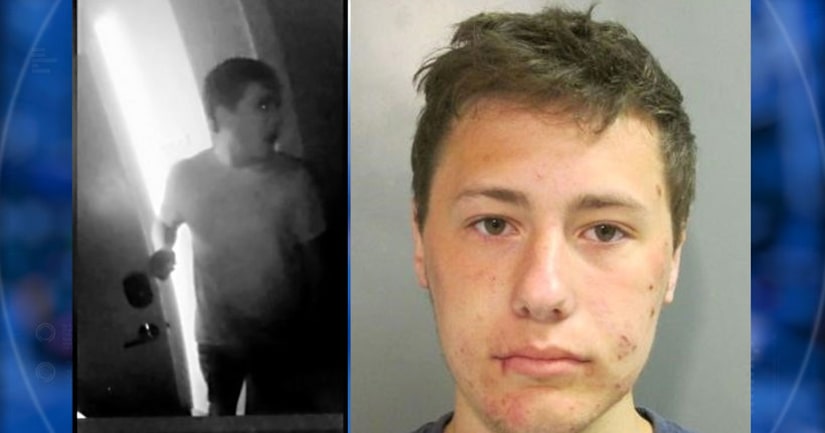 Michael Irvin, 18, was arrested Aug. 20 in connection with two counts of residential burglary, voyeurism and theft of property.

Irvin told Fayetteville police he entered a woman's University of Arkansas Housing off-campus apartment and stood over her, "fighting urges to not hurt her," according to an arrest report. He said he exposed himself and masturbated over her while she slept, but denied touching her.

The incident happened Sunday around 3:30 a.m. while the residents were sleeping. One of the students says one of her roommates forgot to lock their door before heading to bed. Irvin allegedly entering the apartment was captured by a Nest security camera installed by one student's mother. The video allegedly shows Irvin coming in the front door of the apartment twice in the same night. One girl said she was awakened by Irvin lifting up her blankets. When she woke up, he walked out of the apartment.

Police arrested Irvin during another burglary Monday on North Hartman Avenue, and University of Arkansas police also have linked Irvin to a burglary Aug. 15 at a woman's apartment on North Duncan Avenue.